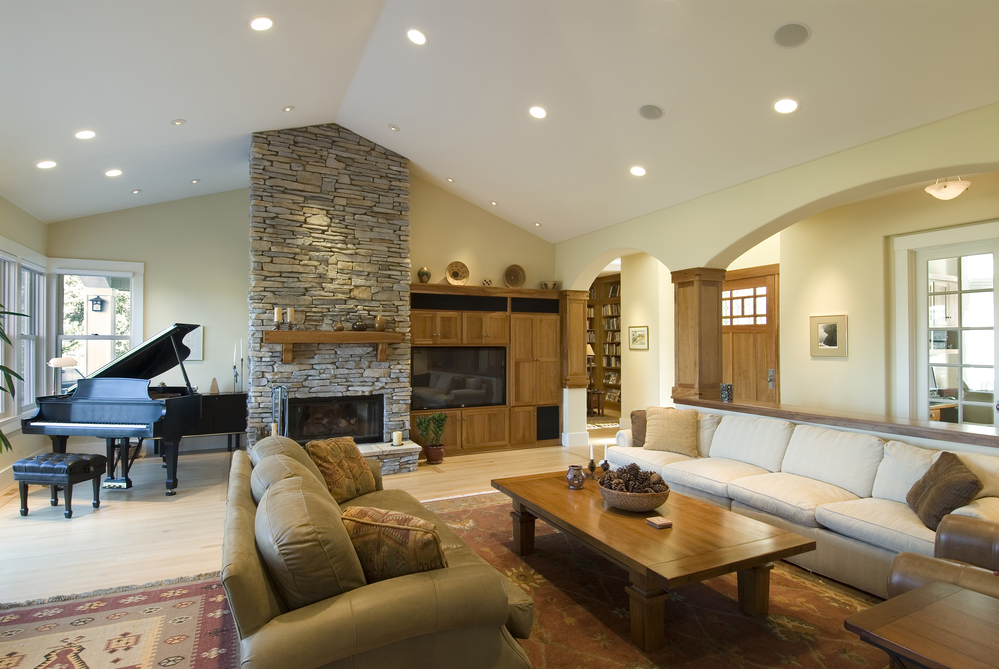 Jody and David Lilley have done renovations that meet LEED standards in this 36-year-old home in Dollard-des-Ormeaux.

When Jody and David Lilley purchased their Dollard-des-Ormeaux bungalow in 2009, they knew they wanted to renovate it. And they decided to do so working toward a Leadership in Energy and Environmental Design (LEED) home certification to improve the interior air quality, make it energy efficient and eco-friendly.

What they didn’t count on was how long the process would take and that in the end, they would have to put the house up for sale before they were done.

The couple moved from a condo on Nuns’ Island to the three-bedroom, 1,600-square-foot home in the West Island because they needed more space to accommodate a third child. The Lilleys, who are originally from Edmonton, chose the 36-year-old house because “it was structurally sound, but still had its original ’70s decor,” David said.

Although they had renovated a previous home in Winnipeg, they decided to go the LEED certification route to make sure they were doing things the right way.

“LEED was a guide to help us through the process,” David said.

“It’s not just about how efficient the house is; it gets into materials and the process.”

The first thing the Lilleys did was to pay a visit to Écohabitation, a non-profit organization located in the Mile End on de Gaspé Ave. that helps individuals and developers follow various levels of LEED certification guidelines in new-home construction and renovation.

A representative of the organization evaluates the home to determine if it meets certain criteria to be considered for certification. Proximity to a green space is one factor and another reason why the Lilleys chose the street on which they live, which has a park at the end of the block and a bicycle path on the other side of their backyard fence.

“You get three points for being within 800 metres — walking distance — of 14 resources and services such as a bank, convenience store, gym and clinics,” said David, adding that many of those amenities are found on nearby Sources Blvd.

Individuals seeking LEED certification may be a growing trend in Quebec, said Jean François Méthé, project co-ordinator and LEED program manager at Écohabitation, although it is less common to find someone willing to retro-renovate an existing home.

“We have a lot of ordinary people who come to us and ask for LEED certification,” he said. “It’s not necessarily just for developers. We have 629 certified homes in 64 projects, but they are mostly new buildings.”

The original kitchen was small and cramped, with a wall dividing it from an eating area, so the Lilleys took down the wall to open up the space and began the task of bringing the interior of the walls up to LEED standards.

“We upgraded the insulation and added rigid insulation,” said David, bringing the R-value up from R-8 to R-24 and in the process, “losing two inches of space.”

While the couple expected to have to upgrade the insulation in the walls, they were unprepared for what they found inside the fireplace.

“Typically, people didn’t insulate behind a fireplace or bathtub that is located against an outside wall,” Jody said.

“There was no insulation; it was a brick storage dump. We never would have gone in there, but LEED required us to do so. Ten per cent of all the heat lost in the house would have been out of that wall.”

Once the insulation upgrade was completed and checked by a representative from Écohabitation, the Lilleys could move forward on the actual kitchen reno, which proved to be a lesson in patience and a path toward discovery.

Instead of just smashing down the wall they wished to remove, it had to be carefully taken apart.

“It took the fun out of it because we couldn’t take a sledgehammer to it,” Jody said.

Their job was to pick through all the waste to recycle or reuse whatever they could to meet the LEED sustainability requirements.

Tearing down the walls generated 1,700 pounds of garbage, David said.

“LEED requires that you divert as much waste as possible from landfill. We sold the cabinets and the countertops, so those got reused,” he continued. “The wood used for the frame of the kitchen wall was used to frame the wall in the (downstairs) bathroom. We had to carefully cut it out and remove the nails, and we sorted out all the little screws from the drywall, which we recycled. All those screws and nails we sold for scrap.”

The result is that 95 per cent of demolition and construction waste from the kitchen was diverted from landfill.

The main bathroom on the first floor of the bungalow was an awkward shape with a narrow door. Adjacent to it was the master bedroom that had its own little quirk: separated by an archway was a lone sink, and then a door into the bathroom.

The Lilleys incorporated that extra bedroom space into the bathroom, widened the doorway and reconfigured the layout, turning the cramped space into a modern, Zen-like room with LEED upgrades that include: water conservation elements such as a low-flow shower head and low-flow bathroom sink aerators, and a toilet that uses three litres of water per flush (as compared to the 13 litres per flush of the original toilet). LEED pot lighting, bamboo flooring, recycled glass counter tops and formaldehyde-free cabinets and modern faucets, sinks and fixtures complete the look in both of the renovated bathrooms. The water in both of these rooms, plus the kitchen, is supplied by a new, tankless hot water heater that heats on demand, saving energy and water consumption.

After three years of deconstruction, construction, research, highs and lows, the Lilleys are proud of what they have accomplished. Completing the project, said David, would have taken until 2015 had he not been transferred and had to stop. To date, he said, they have amassed 43 of the 44 points they would need for certification.

In spite of not being able to finish the project, David said the home now has an overall EnerGuide rating of 81, which is the equivalent to a new energy-efficient home, including a central four-season air-to-air heat pump and a RenewAire energy recovery ventilation system.

“In general, our experience is that, yes, there is a premium paid on ‘green’ products,” David said.

“Formaldehyde-free baseboards cost more than standard baseboards, but they are less expensive than solid wood. Our recycled glass countertops cost a little less than granite, but certainly more than an IKEA countertop.”

While some of the costs are recouped by selling second-hand material, reducing the amount of material they needed by reusing it or selling scrap metal, they benefited in other ways as well.

“We got thousands of dollars through rebate programs, $250 from Gaz Métro for the tankless water heater, the federal ecoENERGY program (now discontinued) and Rénoclimat. So in the end I think it probably balances the cost surcharges, and now the annual heating and electrical costs are reduced.”

To help others interested in what he and Jody went through, David started a blog in 2010 to chronicle the experience. To follow the pitfalls, photos, surprises and suggestions of the project, go to leedreno.blogspot.ca.

The Lilleys’ home was listed by real estate broker Jennifer Lynn Walker of Imagine Realty, with an open house on Sunday.

To learn more about Écohabitation and LEED certification, go to www.ecohabitation.com.